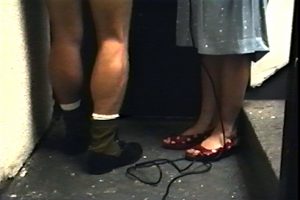 The interview I videotaped of my best friend, Jim, in 1992, less than a year before he died, was for me a haunted, and hated object. This tape did not represent him at his best, nor in his complexity. A 55-minute interview cannot adequately represent a marvelous, mischievous life. And yet, I did have this video. Something of him, and that time, remained within its pixels.

When I decided to use the video to revisit his life and death, as well as that of AIDS activism, and AIDS video activism, my process was more intuitive than for my previous work which tends to be analytical or polemical. I found myself following my dreams (often being visited by Jim at night), looking at his old pictures and letters, and letting myself be led by life’s freak circumstances. When a hair stylist that I had never met initiated a conversation about AIDS in NY in the 80s, this only an hour after a lunch where I had agreed to videotape young gay men in an AIDS support group, I knew they all needed to be in the documentary. Michael and I had both lived through the dying, but he tells the stories of the dead with a grace and vividness that I can not; the gay youth at Mpowerment are making their lives without the voices of a generation, or its AIDS activism, to guide them, and yet live and love they do.

And, I also spoke to women who had loved and supported gay men during the worst of America’s AIDS crisis. This piece is, for me, is also about the beauty and complexity of this queer form of love and militancy.

While many of us have almost stopped talking about AIDS, while its representations and activism are heard to find, AIDS endures and changes. In my video, I attempt to use mourning to produce something new: a return to the past of AIDS and a look at how what we did then and what we lost from that time might still affect AIDS today. Having spent my adult life making, theorizing, and teaching about video, the piece also begs the worth of such work, the merit of video relics, they value of this archive. I no longer hate this videotape interview of Jim, although I do still think it is haunted. There is little to nothing of his amazing, vital presence in those pixels and yet, there he speaks, and smiles, and suffers, more tangible although somehow less flexible than a memory. 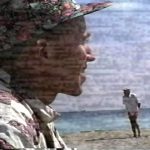 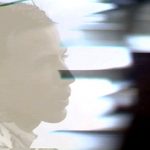 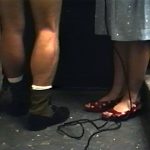 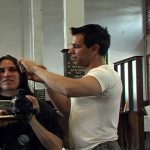