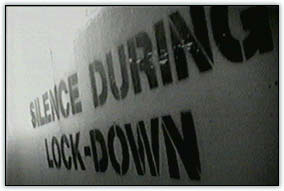 RELEASED is a singular documentary which raises a pressing contemporary social issue through diverse but complimentary artistic approaches. The documentary is composed of five original shorts linked into a coherent whole. These include the following:

A GRAM ‘O PUSSY – Scarlot Harlot (BLIND EYE TO JUSTICE: HIV+ Women Incarcerated in California) and Duran Ruiz (featured on a recent 20/20 segment exploring prostitution) deconstruct how the mainstream media represented Ruiz, prison, drugs, and prostitution, and then re-represent her as an artist and activist. Activist video feel.

MAKING THE INVISIBLE INVINCIBLE – a look at Cheryl Dunye’s “STRANGER INSIDE”. Cheryl Dunye (The Watermelon Woman) collaborates with Super-8 filmmaker, Irwin Swirnoff, to create a diary of her experiences directing a dramatic feature about a mother and daughter who meet in prison. Video-diary feel. 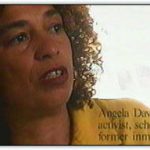 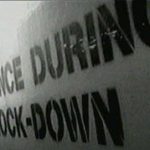