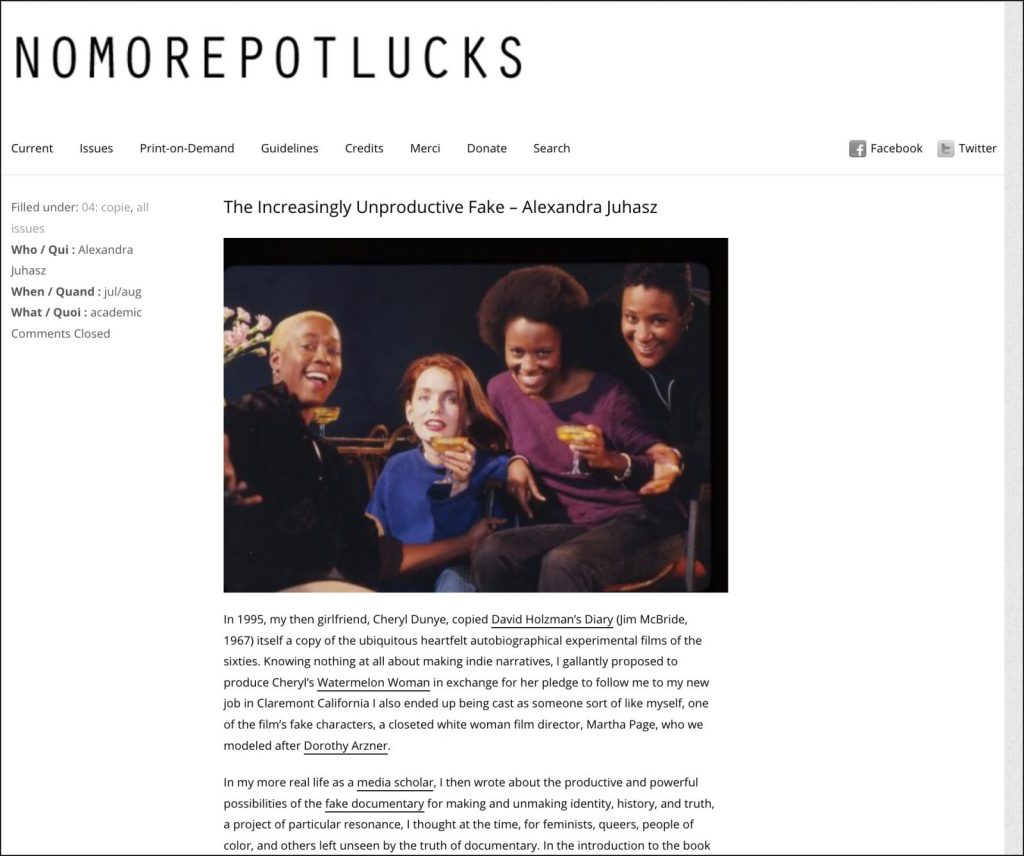 In 1995, my then girlfriend, Cheryl Dunye, copied David Holzman’s Diary (Jim McBride, 1967) itself a copy of the ubiquitous heartfelt autobiographical experimental films of the sixties. Knowing nothing at all about making indie narratives, I gallantly proposed to produce Cheryl’s Watermelon Woman in exchange for her pledge to follow me to my new job in Claremont California. I also ended up being cast as someone sort of like myself, one of the film’s fake characters, a closeted white woman film director, Martha Page, who we modeled after Dorothy Arzner.