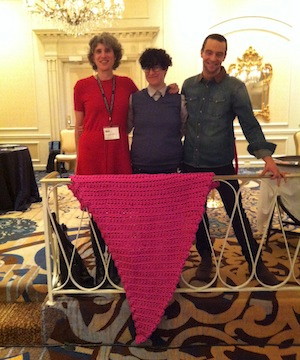 About a year ago I had agreed to write a commentary for David Oscar Harvey’s proposed workshop on the (in)visibility of AIDS to be held at the Society for Cinema and Media Studies’ yearly meetings. I proposed to give a talk that would focus upon the spate of documentaries (a veritable flood, even a kind of visibility epidemic) recently circulating about the self-same AIDS activism of yore, just described above, in which I had played an active part. This new body of documentary work, primarily focusing upon the history of AIDS and AIDS activism, was also largely produced by AIDS media activists of my generation, many of whom had been my colleagues and friends since AIDS first demanded activist media attention. These amazing and important films include: