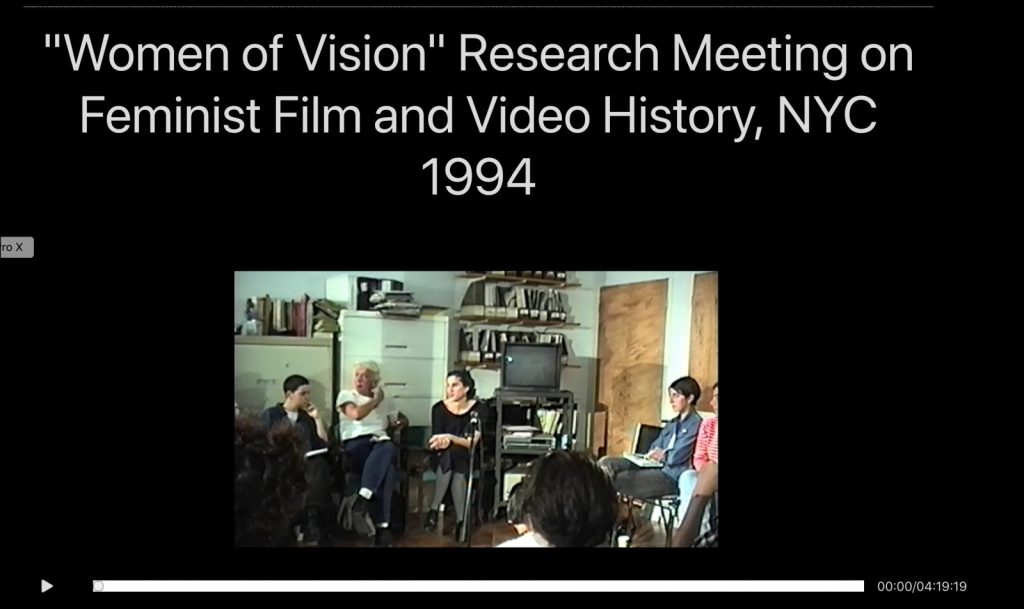 In the early 1990s, Alexandra Juhasz began research on what would become a feature documentary in three parts (1998) and scholarly anthology (2001), both called “Women of Vision.” She held five meetings around the US (in Philadelphia, NY, Chicago, San Francisco, and Los Angeles). These were supported by independent film organizations and small amounts of grants funding. Over 100 extremely diverse media feminists gathered to share knowledge, interpretations, concerns, media, and strategies. The meetings were documented (on VHS!) and later transcribed and logged (by Alex and/or her students, see Resources for these PDFs). Their attendance lists were and are a who’s who of American media feminism. All this and more you will see in the four hours of footage digitized and annotated here.