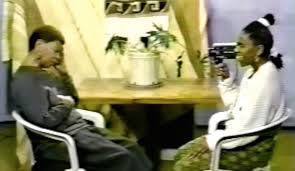 Over the last 5 years, academic, writer, and videomaker Alexandra Juhasz and writer and organizer Theodore Kerr have enjoyed a public conversation project around changes within the AIDS media ecosystem. In the text below, they build upon two previous conversations where they discussed movies like The Dallas Buyers Club, How to Survive a Plague and the HBO remake of The Normal Heart to explore how and why media about AIDS has only relatively recently begun to take up space in public after a long silence. Previously, they reflected upon how a good deal of what is currently being made, seen, and talked about stays rather narrow in its focus, looking at stories of the epidemic’s impact on primarily white, middle class, often gay men and their communities. Here, looking at their own past work and how this conditions what they as researchers, scholars and activists look for and want to save, Juhasz and Kerr begin to consider what might be needed so that many inheritances of AIDS could be salvaged, shepherded, and mothered into a legacy of plenty.